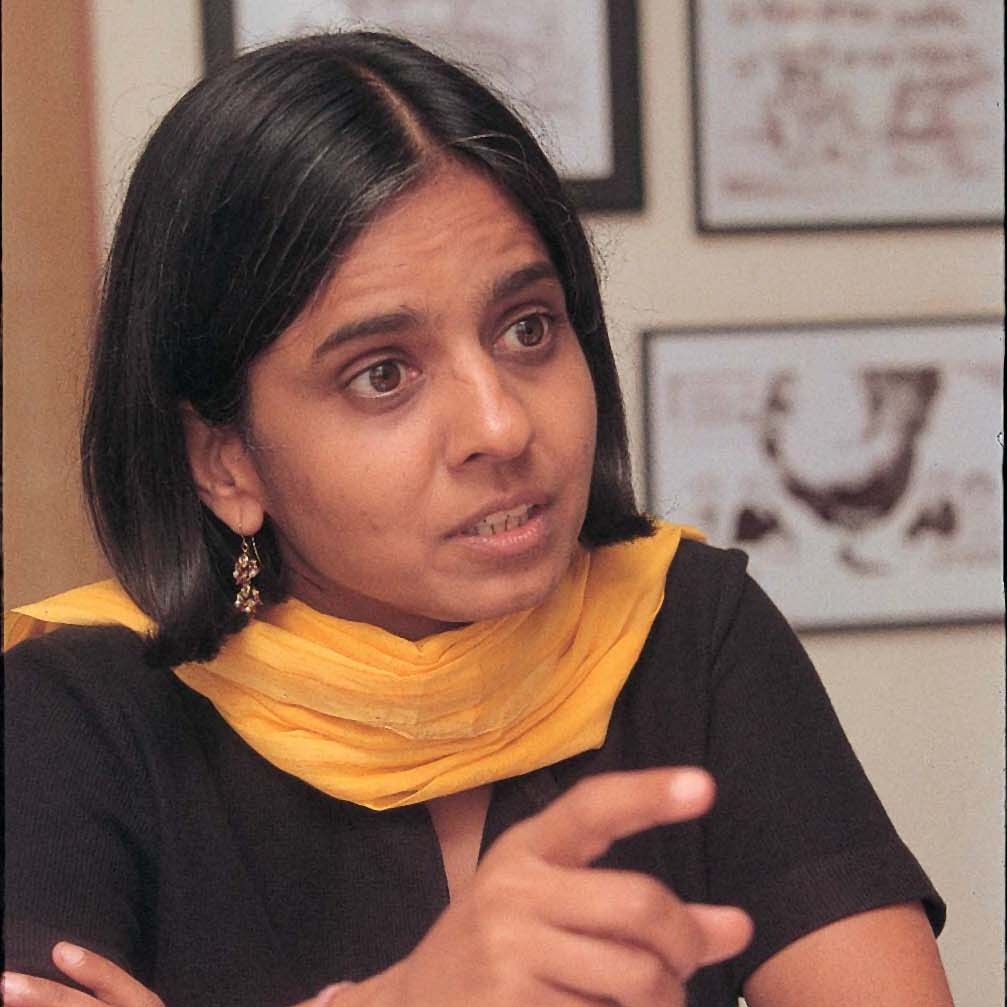 Sunita Narain will deliver a video message on the topic: What the rest of the world expects from Europe in the follow-up to Rio+20

Sunita Narain has been with the Centre for Science and Environment (CSE) since 1982. She is currently the Director General of the Centre and the director of the Society for Environmental Communications and publisher of the fortnightly magazine, Down To Earth.

She is a writer and environmentalist, who uses knowledge for change. In 2005 she was awarded the Padma Shri by the Indian government. She has also received the World Water Prize for work on rainwater harvesting and for its policy influence in building paradigms for community based water management. In 2005, she also chaired the Tiger Task Force at the direction of the Prime Minister, to evolve an action plan for conservation in the country after the loss of tigers in Sariska. She advocated solutions to build a coexistence agenda with local communities so that benefits of conservation could be shared and the future secured. She is a member of the Prime Minister’s Council for Climate Change as well as the National Ganga River Basin Authority, chaired by the Prime Minister, set up to implement strategies for cleaning the river.

Narain began her work in the early 1980s, as a co-researcher with Anil Agarwal, an eminent and committed environmentalist who gave the country its environmental concern and message. In 1985, she co-edited the State of India’s Environment report, which built an understanding in the country on why India is so important for the poor. With Anil Agarwal she learnt that environment and development are two sides of the same coin and that for the millions of poor, who live on the margins of subsistence, it a matter of survival. In 1989, learning from the successful initiatives of people to manage their environment, Anil Agarwal and she wrote Towards Green Villages advocating local participatory democracy as the key to sustainable development. She has continued to research and write about how environment must become the basis of livelihood security of people in the country. She has also linked issues of local democracy with global democracy, arguing that every human being has an entitlement to the global atmospheric common. In 2012, she has authored the 7th State of India’s Environment Reports, Excreta Matters, which presents a comprehensive analysis of urban India’s water and pollution challenges.

She has devoted time to build the capacities of the CSE so that it can function as an independent and credible institution, influencing public opinion and advocating change. Today, with over 120 full time staff, it is actively engaged in a variety of programmes spanning issues of water management, to rating of industries in terms of the environmental performance and training. CSE is an institution, which believes in the need to use knowledge to bring about change. In other words, it is about “working India’s vibrant democracy”. The challenge for CSE is to raise concerns and to participate in seeking answers and more importantly, in advocating for the answers to become policy and then practice.

Will it be enough to step up incremental change or should we be looking for paradigm shift? Location: SQUARE - Copper hall auditorium Date: December 1, 2014 Time: 2:15 pm - 3:15 pm View session