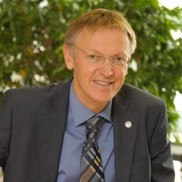 Dr Janez Potočnik (1958) graduated from the Faculty of Economics at the University of Ljubljana, Slovenia (Ph.D. degree 1993). After a successful career starting in 1989 in Slovenia as a researcher at the Institute of Economic Research, Director of the Institute of Macroeconomic Analysis and Development (1994). He was appointed Head of Negotiating Team for Accession of Slovenia to the EU (1998). He was also Director of Government Office for European Affairs (2000), Minister Councillor at the Office of the Prime Minister (2001) and Minister responsible for European Affairs (2002). In 2004 he joined the European Commission, first as “shadow Commissioner for Enlargement and then as Commissioner responsible for Science and Research. In 2010 Dr Potočnik became Commissioner for Environment. His term ended on November the 1st 2014.