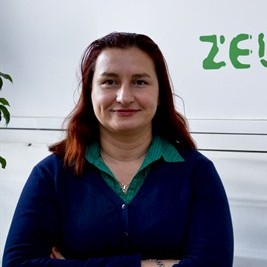 Jagoda Munic has been elected as a Chairperson of the Friends of the Earth International in 2012, after she served as member of FOEI executive committee for 8 years and was the FOEI treasurer from 2007 to 2012 and to Zelena akcija / FOE Croatia since 1997.

She has degrees in Biology-Ecology and Library and Information Sciences from the University of Zagreb and M.Sc. Course in Pollution and Environmental Control from the University of Manchester. Jagoda joined Zelena akcija/ Friends of the Earth Croatia as an expert volunteer in 1997 on a campaign to stop construction of a coal power plant in a Nature park at Mt. Velebit. Since 2000, she stared to work professionally by creating nature protection programme, focusing on work in the mountainous and rural communities on nature conservation and sustainable living. From 2001 to 2007 she was the President of the FOE Croatia.

She lead quite a number of biodiversity research projects and public advocacy campaigns including anti GMO campaign resulted in one of the strictest anti GMO laws in the World, campaign to shift the route of a highway from the river Gacka, also successful; campaign against land grabbing related to golf courses and resorts construction in Croatia, and dirty energy projects with focus on big hydro. The main focus of the campaigning work since 2008 is to stop privatisation and degradation of natural resources in Croatia, which resulted in abolition of notorious Law on golf courses in 2011 that enabled expropriation of land-use change from forest and agricultural land to tourist resorts and cancelling the construction of hydro power plant in Dubrovnik.

Born in Croatia in 1970 and lives in Zagreb, Croatia.